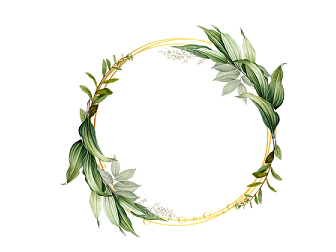 Wicca has a cyclical view of time. They divide the whole year into a Wheel of the Year, an annual cycle of seasonal festivals. It’s a way for them to honor the cyclical nature of time by celebrating and honoring the cyclical nature of time. By celebrating these rituals, they open themselves up to the changing nature of the seasons. They honor their belief that time is a never-ending circle of growth and retreat, heavily influenced by the Sun’s phoenix-like quality of death and rebirth. The Sun is seen as a symbol of divine inspiration.

The Sabbats, as these festivals are known, are the year’s main solar events (solstices and equinoxes), as well as some significant midpoints between them. They mark the beginnings and midpoints of the four seasons. These are times of community celebrations.

Yule or the Winter Solstice celebrates the fact that the Sun is slowly becoming more present in the sky. This is seen as a time of rebirth for the Solar God. It may be the most important time of celebration in Wicca. People celebrate by bringing twigs, leaves, and other plants (known as evergreens) into their homes. The tradition of decorating trees during Christmas is based on Yule celebrations.

Yule is followed by Imbolc or Candlemas. It’s understood as the middle point in Winter. The first signs of spring are often observed at this time. The tradition to do spring cleaning is based on Imbolc celebrations.

Ostara is the Spring Equinox. Light and darkness are now balanced again, and light is becoming more and more prevalent. It’s seen as a time of creativity and a great time to manifest new beginnings.

Beltane or May Eve recognizes the power of life and the fertility of the soil. It’s a time of flourishing. The custom of crowning a Spring Queen, common in many cultures, is based on Beltane celebrations.

Litha or the Summer Solstice is considered a turning point for the Sun. During this time, the Sun reaches its highest point and it shines for the longest time. It’s at its strongest point. This is seen as a point of decline for the Sun, as it can only get weaker from this time on.

Lammas, also known for its Irish name Lughnasadh, is the first of three Harvest festivals (the other two are Mabon and Samhain). The typical celebration is to bake the figure of the Sun God and eat it. This stands for the sanctity of harvest. It’s an agrarian-based festival of thanksgiving for the fruits of the Earth.

Mabon is the Autumn Equinox. It’s also about thanksgiving and recognizing that sharing is part of an abundance mentality. Those who share what they receive are seen with kind eyes by the God and the Goddess during the winter months.

Finally, Samhain or Hallowe’en, aligned with Halloween and the Day of the Dead, is a time to celebrate our loved ones that have passed on. It’s believed that, on this day, the veil between our world and the spirit world is thinner than usual, and we can communicate with them. It’s a festival of the darkness, which contrasts directly with Beltane and other festivals of light and fertility.

Did you know about the Wiccan festivals? Have you ever celebrated one?

Latest posts
Categories
Archives
Find a crystal / product
Subscribe to Blog via Email
NewsletterPlease subscribe to our Newsletter for updates, seasonal discounts and other offers...