Save 25% shop-wide in our British Summer Time Sale!*

* An automatic 25% discount will be applied to all products at the shopping cart / checkout. 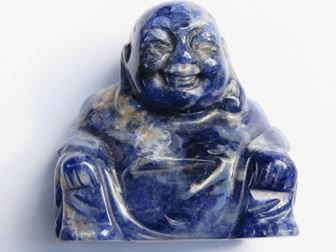 The following sections: ‘What are crystals?’, ‘Cleansing crystals’, ‘Programming crystals’, ‘Crystal Beauty’, ‘Crystals and the Chakras’, and ‘What is magic?’, were kindly written for us by Elaine Browne (Reiki Level II qualified practitioner).

For thousands of years, crystals have been used for protection and adornment. Crystals are born deep within the womb of Mother Earth – defined as ‘a substance solidified in a definitive geometric form’.

Any stone with a crystalline structure can be referred to as a crystal. This geometric form results from the way in which crystals were created millions of years ago.

Superheated gases and mineral solutions forced their way up and out of the Earth’s molten interior towards the surface. In time, as they cooled, atoms formed orderly patterns. Three-Dimensional lattices repeating throughout are what hold the crystal’s internal structure stable.

Crystals can be sectioned into families or groups sharing basic qualities even though they may appear different.

Their appearance is affected by the pressures and temperatures at which they were formed.

Due to crystals absorbing so much energy from their surroundings it is highly important to cleanse them regularly. Ideally, those used for decorative purposes should be cleansed monthly and those used in healing frequently should be cleansed daily of after each use; otherwise, any negative energies/vibrations picked up by it will be easily passed on.

Crystals will absorb any negativity from people or its placing so that positivity can be replaced.

Smudging – Hold the crystal in smoke from a Sage smudge stick – use a feather to fan smoke across the crystal.

Visualization – Use your mind to picture a pure white light coming down and surrounding the crystal. Transmit the energies until the crystal shines out once more.

Water – Immerse in water for an hour or two. NB. Please remember that this method is not suitable for soft or friable stones.

Quartz Cluster – Stand the crystal on a large quartz cluster for approximately twelve hours and leave in moon or sunlight. Stones have a natural affinity to benefit from this.

Crystals work best when programmed for a specific desire which harnesses your intent.

In order to make a crystal your own, it is important to first program it. This ensures that whatever your intention for it will come about.

1. Always remember to dedicate the energies for the highest good.

3. Dedication is simple but enormously effective as it positively focuses on any intention.

How to program a crystal…

1. Hold the crystal in your hands and picture a pure light around it.

2. Reinforce that the crystal will only be used for the highest good in love, light and healing; then move directly on to programming.

3. It is important to focus while programming and remember that imprecise wording confuses crystals whilst meticulous wording directs precisely.

The shape of a crystal determines how it transmits energy and what impact that energy has on its surroundings. Here is a brief guide to what to look for depending on its intended use…

Geodes – Cave like in appearance. These both diffuse and contain energy.

Egg Shaped – Are brilliant for use on the body and rebalancing blockages – can be a tool in alternative therapies.

Spheres – These emit energy in all directions equally. They can be used to transport energy from other times or places.

Clusters – Radiate out their intense energy which surrounds them. They are very cleansing!

Double Terminated (points both ends) – Used for balance as they give and absorb at the same time.

Long Pointed Crystals – Focuses in a straight line depending on which way it is pointing. Draws off or injects energy. They are useful in healing.

Crystals and the Chakras

Chakras are energy points which link the physical body with electromagnetic bodies which surround it.

When balancing and healing the Chakra, a colour appropriate stone is placed where comfortable (back or front of the body) on the Chakra (and optionally above the head or below the feet) to perform certain tasks.

Specific colours aid specific tasks and can choose to either energise or sedate a Chakra depending on need.

The colour of the stone/crystal used has the following effects…

As an optional extra, stones may also be placed at The Higher Crown (above the head) and on the Earth (below the feet).

Magic can so easily be incorporated into everyday life to aid you through a whole host of tough challenges and obstacles. Magic and crystals go way back. All elements have a magical force about them…

In Fire – We see movements inflame and hear crackles with reactions similar to those of electricity holding a positive charge. This is known as ‘Electrical Fluid’, relating directly to the expansion qualities of fire.

In Water – Magnetic qualities are shown in river currents and tide rolls at moonrise. This force is ‘Magnetic Fluid’, holding a negative charge linking to shrinking and contracting qualities.

In Air – This Element has a good relationship with Fire (by nourishing and strengthening it) and Water (by changing its density: – transforming it to fog, snow, rain, etc.) Air provides a grounding force for when Fire and Water mix!!!

In Earth – This Element contains Fire, Water and Air in their most solid forms; together forming rocks, lava, etc. and makes our soils rich moist, warm and dusty. By actively involving these other three Elements, this is where Earth takes its life source from which is equivalent to ‘Electromagnetic Fluid’.