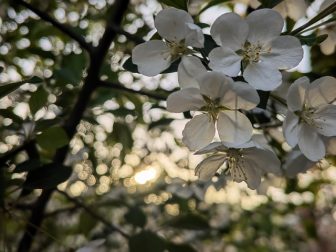 Ostara is the celebration of the Spring Equinox. In the Northern Hemisphere, this takes place around March the 21st. Christianity has adapted this Pagan holiday and calls it Easter, celebrating the resurrection of Jesus and even going as far as adapting certain symbols of Ostara, such as the egg and the rabbit. Ostara or Eostre is also a West Germanic spring Goddess, and this festival celebrates her.

Ostara marks a point of perfect balance between the day and night, which are now of equal length. The year is now waxing and light is starting to defeat dark. Ostara is seen as a day of perfect balance in which light and dark and the masculine and the feminine are in equilibrium. The energy feels expansive and exuberant, and the promises of Imbolc start to be fulfilled. This day was often celebrated by planting seeds. In Ostara, the agricultural cycle begins and farmers begin to plant seeds. The seed and the egg are two of the symbols linked to Ostara because of their promise of new life. The rabbit and the hare are also symbols of this holiday, as March is their mating season and they are seen everywhere. Ostara is a day for fertility, rebirth, and renewal, so it makes sense that a fertile animal like the hare is one of the symbols of this holiday.

Ostara’s colors are green, pink, white, and yellow. You may light candles in her honor in any or all of these colors asking for her blessing in any new undertaking you may have – from a work of art to a business you want to start. Whatever Ostara blesses will grow immensely. If you want to be pregnant or if your partner has this desire, gaining Ostara’s blessing is key. Ostara is a great time to conceive indeed.

Other activities include the typical Easter activity of painting eggs, as well as cooking with one of Ostara’s sacred ingredients, such as honey. You may leave a jar of honey outside early in the morning of Ostara for the Goddess to bless. A simple meditation while sitting on the ground of your garden or a nearby park is also a wonderful way to celebrate Ostara. Let nature speak to you and communicate how it feels and how it’s growing.

Have you ever celebrated Ostara? Which of the ideas on this post are you the most excited to try? Tell us in the comments!